5 Examples When Castings Were Better Option vs. Fabrication or Forging 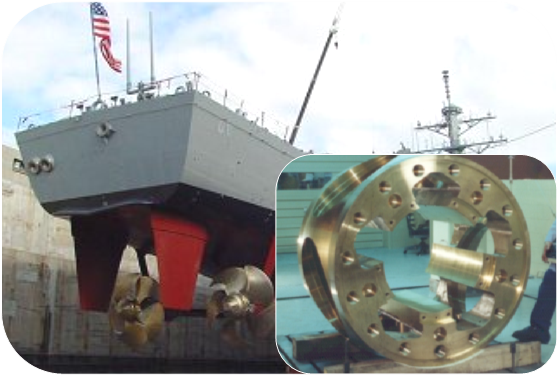 Partnering with a supplier that brings a full range of metalworking processes lets you be confident that you are getting the best metalworking advice – and not just being sold on an idea because it is the only answer a supplier has. The replacement of multi-piece weldments or highly-machined hogouts by single piece castings has been proven time and again to be one of the most effective ways to reduce real product cost. Here are just five real-life examples of when the casting process was a better choice for the customer than a fabrication or forging.

#1.) Centrifugal Casting Replaced Complex Fabrication
Controllable pitch propulsion (CPP) systems provide the ability to alter the angle of the ship’s propeller while in use, allowing for different performance during cruising and maneuvering. A centrifugal hub provides the strength and size needed to transfer up to 50,000 shaft horsepower to five attached propeller blades. The hub and 15 other accessories that MetalTek produces for the CPP must perform in corrosive environments for the life of the vessel. Fabrications previously used were very intricate, with multiple pieces and welds, and much machining. The single piece nickel aluminum bronze hub that MetalTek has supplied for 35 years is the largest, most complex centrifugal casting ever produced. The use of a single piece part in this application eliminates welded joints and defects in those fabrications that are only discovered after finished machining.

#2.) Fabrication Could Not Achieve Dimensional Stability
International research, including that done in conjunction with the DOE, strives to create conditions in the lab necessary to support nuclear fusion.  Huge machinery, such as the “Z-Machine”, can create temperatures of 2.9 million °F (1.6 million °C) for fractions of a second.  Integral components must have the ability to conduct electricity and perform in the machine’s water cooling system.  Attempts to use fabrications in those applications were abandoned because dimensional stability could not be achieved.  The customer came to MetalTek for a casting solution, a particularly challenging one because of the product’s large size.  MetalTek specializes in large investment castings, and now supplies products with better dimensional consistency than was available with a fabrication.

Examples of Continuous Castings Solving a Problem and Decreasing Costs

AMS 4880 Alloy for High Wear Bushings and Sleeves
Taking off in an airplane is exciting but safely landing at your destination is the ultimate goal of flight. The landing gear is just one of the many important systems MetalTek’s aerospace customers design and build for commercial use. Two major landing gear components are bushings and sleeves that need to withstand wear from airplanes transitioning from 140-190 MPH to taxi speeds in a matter of seconds. MetalTek’s onsite metallurgical group recommended changes to their customer’s specifications to use continuously cast components made of AMS 4880, a nickel aluminum bronze (NAB) alloy, which met the component’s wear demands and offered an attractive cost savings over forged material.

Today, metal casting is a complex and intricate process which requires exact chemistry and flawless execution. While current methods may be relatively new when compared to the history of human civilization, the first casting of metals can actually be traced all the way back to around 4000 BC. In those times, gold was the first metal to be cast because of its malleability, and back then, metal from tools and decoration was reused because of the complications of obtaining pure ore. However, a copper frog is the oldest existing casting currently known; it is estimated that it was made in 3200 BC in Mesopotamia (present-day Iraq). Bronze then became the metal of choice to cast with because its rigidity compared to gold, and it was melted and cast into various tools and weapons by way of permanent stone molds. The process of casting made its way to Egypt by 2800 BC, and effectively performing this process was tremendously influential on their gain of power during the Bronze Age. Around 1300 BC, the Shang Dynasty in China were the first to utilize sand casting when melting metals. Then around 500 BC, the Zhou Dynasty introduced cast iron to the world, but it was used mostly for farmers. Cast iron did not become a military tool or decoration until the Qin Dynasty almost 300 years later.

Fast forward almost 1000 years, religion played a major role in advancing and innovating foundry technology during that time. Extraordinary evolution came from the construction of cathedrals and churches, melting and mold-making processes advanced rapidly to keep up with the demand of the dominant Catholic church. This also marked the boundary of the period between casting for the purpose of art and viewing casting as a technology with unknown potential. It was not too long after the advancements of bell casting that, ironically, a monk in Ghent (present-day Belgium) was the first to cast a cannon in 1313 with the same technology. Over 150 years after the first cast cannon, Vannoccio Biringuccio, also known as the father of the foundry industry, recorded the first written account of casting and foundry practices. His work, De Le Pirotechnia, was separated into 10 sections that covered many subjects including minerals, assaying, smelting, alloys, casting, as well as alchemy; it is one of the oldest technical documents still around from the Renaissance era.

What Makes A Good Conversion To A Metal Casting? 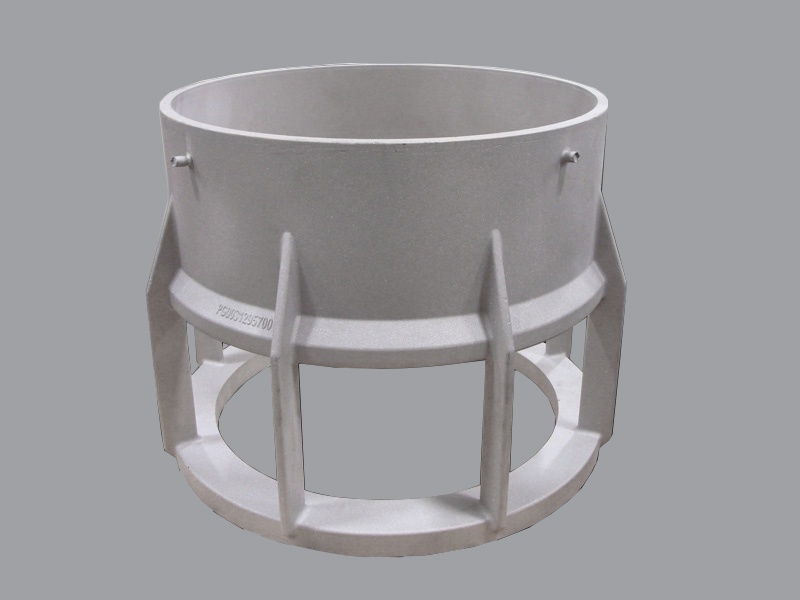 There are often alternative ways to manufacture any given component.  Sometimes the first way chosen to manufacture a component is not the best way.  There may be a number of reasons for that.  Perhaps one has an expertise or bias for machining, or welding, or forging, or casting, or assembly.  Components may end up being produced in a way that is familiar and functionally adequate, but less than optimal in terms of performance, cost, or quality.

There may come a time in any product’s life when it makes sense to investigate alternative methods of manufacture.  Such evaluation would be to convert a hog-out, forging, or multi-piece weldment to a single piece casting.

What makes a good conversion?
Among the factors to consider when deciding if a design is a candidate for a conversion to a casting are cost, quality, and performance. 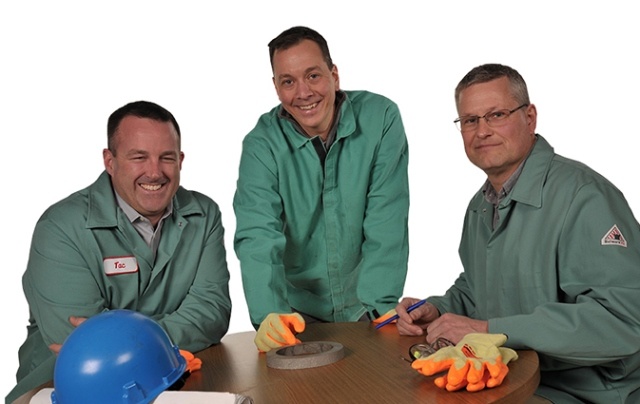 If you Google “Casting Terminology”, you get over 7.6 million results.  Some of the results will show you a never-ending list of terms so here is a reduced list of select terms that you should be familiar with as a current or potential user of metal castings.  To see a complete list of terms on our website, visit us here.
Glossary terms and definitions provided courtesy of the Steel Founders' Society of America.